Ilsur Metshin was born in Nizhnekamsk April 24, 1969. He grew up in a working class family; his mother worked as a nurse, his father was an engineer.

"Every family adheres to the traditions and practices that come from parents, grandparents, great-grandparents, no more and no less. We speak our native language, we educate our children the way we were brought up by our own parents."

"My childhood was completely happy: I had great teachers, played football and hockey in the schoolyard and had delicious fish cakes in the cafeteria. I had friends and classmates and met my first love, who became the love of my life. But the main thing I learned from school was the understanding of the value of friendship and the necessity to defend the honor of the team.”

As a schoolboy, he at first wanted to become a surgeon, then a pilot. But when time came to determine his future, he chose the legal profession. In 1987, he entered the law department of Kazan State University. In 1988, the law student was drafted in the Soviet Army.

"I was playing in an ensemble. In my opinion, the image of a musician demanded long hair. But when I was drafted, my hair was cut off in front of my future wife. There was a barber shop in Gorky Park, and my mop of hair was gone in a jiffy".

After the service Ilsur Metshin returned to the university. After graduation in 1992, he enrolled in graduate school, and in 1999 he defended his thesis with flying colors in Moscow.

"The main thing our teachers taught us was continuous self-development and the ability to build relationships with people. These are the skills that remain for life, and I am immensely grateful for that to my university professors."

"Happiness ... it’s in your home, you can hold it like this in your hands, and you don’t have to be a big boss to do that".

In personal life, I. Metshin’s priorities are family values, love for the children, respect for elders and a healthy lifestyle.

Ilsur Metshin’s wife, Gulnara, was born in Kazan, but the family moved to Nizhnekamsk, when the town was just beginning to be built and develop. 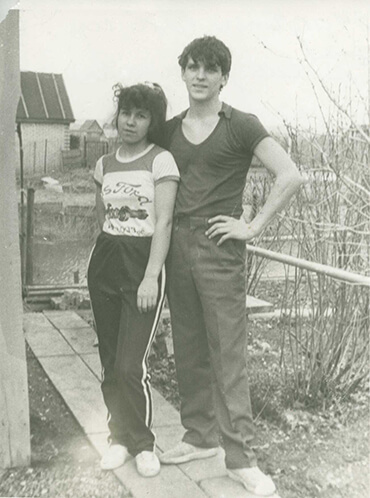 From I. Metshin’s memoirs: "I first saw her when I was in sixth grade. I hardly reached her shoulder at the time. I got to know her better when we were in the summer camp "The Seagull".

From Gulnara Metshin’s memoirs: "We went to neighboring schools and lived in the same area of Nizhnekamsk. He was very popular and active. He was so handsome, played the guitar, sang songs, played hockey, football, was secretary of the Komsomol organization, he knew everything. And he was so interesting. I realized that I wanted to spend my whole life with that man. Even then I felt that being next to him was like being behind a stone wall. "

The wedding took place in May 1989. Metshin has four children - three sons (Timur, Tagir, Radmir) and one daughter (Aliya).

"I am very attached to my family. We have breakfast and dinner and spend weekends together. It’s our rule."

In his spare time Ilsur Metshin enjoys playing hockey and football since youth. There was a time he played for the youth hockey team of Nizhnekamsk, and when he headed the Nizhnekamsk administration, he led a team of veterans.

"For me, this is the main outlet. After playing with the puck for an hour and a half, I’m relaxed and can go on with my work." 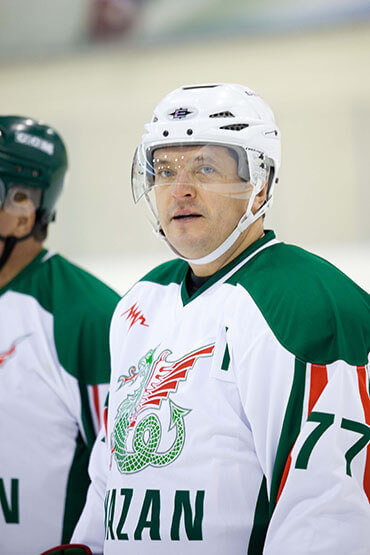 "I remember a popular band toured Kazan in 1983. I was still a schoolboy living in Nizhnekamsk. Tickets to Kazan cost 5.5 rubles, and admission to the concert was 3.5 rubles. In order to attend it, I worked at a dairy plant for a month earning six rubles. My parents added the remaining amount, and when I came to Kazan I thought there was no happier person than me in the whole world!"

In 1997, Ilsur Metshin was appointed first deputy head of the Vakhitovsky district administration of Tatarstan’s capital - prefect of the "Kazansky Posad" territory.

From 1998 to 2005, Ilsur Metshin headed the administration of Nizhnekamsk and Nizhnekamsk region. Metshin’s main priority as the mayor of Nizhnekamsk was improving citizens’ comfort and quality of life. Up to 90% of the city budget had a social orientation. As a result, during this period Nizhnekamsk became an important cultural and sports center of the republic and was a two-time winner of "the most comfortable city of Russia" title, the first non-capital city to become the cultural capital of the Volga Federal District. 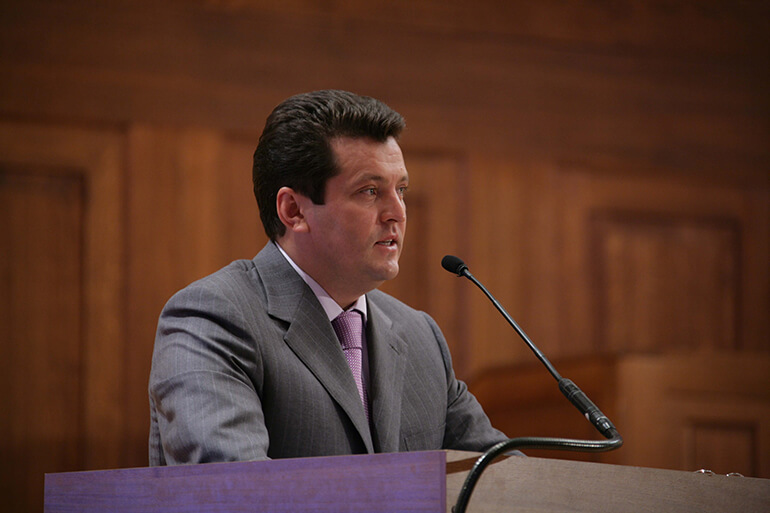 Ilsur Metshin headed the Kazan city administration in November 2005, he was appointed the head of the Executive Committee of Kazan in January 2006 and in March 2006, he was elected head of the municipality. Ilsur Metshin has been re-elected Mayor of Kazan three times – in 2010, 2015 and 2020. For four consecutive terms, Kazan residents continue to express confidence in his management of the municipality. During this time, Kazan has made an incredible leap in its development, has become one of the most popular and comfortable cities in Russia, and has established international reputation.

"People do not divide power into federal, republican and municipal. Waking up, everyone wants to turn on the light and water, to enter the clean hall and courtyard and enjoy beautiful architecture. Greenery, timely garbage collection, quality meals for schoolchildren - all this and a lot more is our responsibility. We are responsible for everything that happens in Kazan." 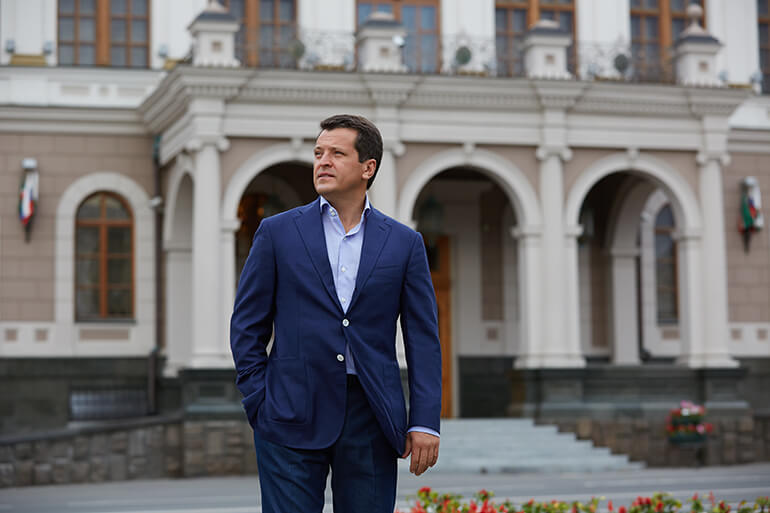 He has been elected to the supreme body of party management, the General Council of the United Russia party.

Since 2006, I.Metshin has chaired the Eurasian regional branch of the World Organization of United Cities and Local Governments with headquarters in Kazan.