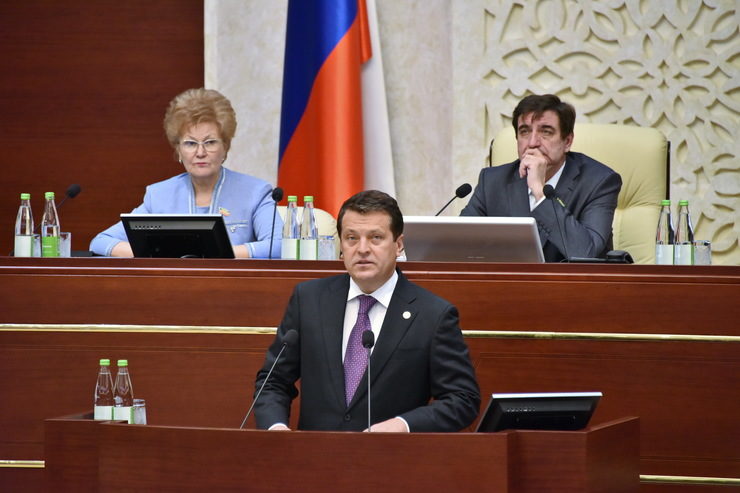 I.Metshin on awarding the honorary title City of Labor Valor to Kazan

I. Metshin about the modernization of the water supply system in Kazan

The long-term investment program to modernize the city's water supply and sanitation system until 2028 was approved in Kazan. The program includes works on construction, as well as reconstruction and modernization of problematic objects: collectors, sewage and water pumping stations, sewage treatment facilities.

This complex large-scale modernization project of the “Vodokanal” has no analogs in the country. At the same time, we managed to make an investment program in such a way that its implementation will not affect the population’s pocket and the bills. Everything is being done at the enterprise's funds, the developers' fees for connecting to the networks of new facilities, and borrowed funds.

The investment program will solve a number of old problems. A good example is the SPS “Verhnyaya”, which was on the verge of an emergency condition, it was constantly flooded. More than a million square meters of investment programs for housing construction were blocked due to the fact that the station could not take enough drains. In 2012, the “Vodokanal” raised this problem. We together with Rustam Minnikhanov, the President of the RT, the Ministry of Construction and Housing, the Ministry of Ecology, considered all these issues and found a solution. The construction of the SPS “Zarechnaya” has been started, with the launch of which further development of the northern part of the city will become possible.

We set a task for ourselves to become the most comfortable city in Russia. And we cannot fight for this title with the smell that we have around sewage treatment facilities and sediment fields. Thanks to the investment program, there will be no more sediment that has been lying for already 50 years on 117 ha. So, there will be no smell, to which residents constantly complain. But there will be an end product that can be used to fill gullies and the road construction.

Now, we have an understanding where we must move. The main thing is to stick to the approved schedule of work, observe the deadlines, and monitor the quality. Thus, the sediment fields and the unpleasant smell from the treatment facilities will be gone as soon as possible, and Kazan is one step closer to the title of the most comfortable city.