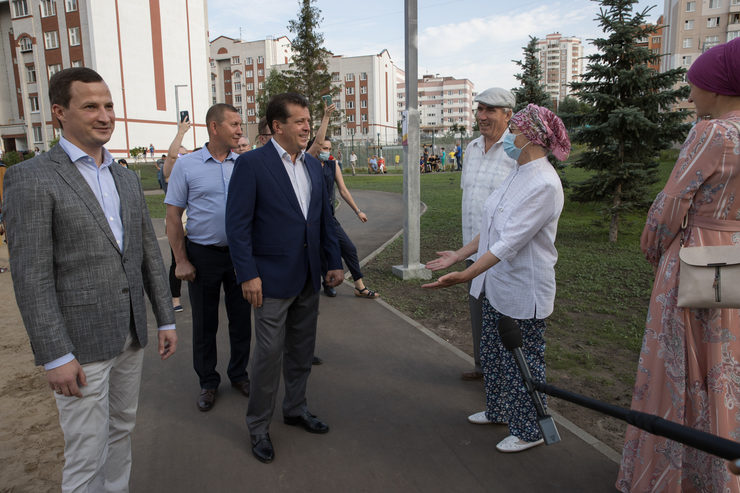 Today, the IV International forum “A Good Kazan. Charity and national projects” took place at the Kazan City Hall. It was attended by more than 500 people- heads of non-profit organizations, charity foundations, experts from 40 cities of Russia and other countries. One of the main topics of the forum is the implementation of the national projects aimed at improving the living standards. Today, non-profit organizations can be effectively involved in this activity, said the mayor of Kazan Ilsur Metshin.

“Non-profit organizations can be involved in the implementation of the national projects, and our task is to support them”

Ilsur Metshin reminded that the project “A Good Kazan” was founded 3 years ago thanks to not indifferent citizens. “Day by day, the project proves that open-hearted people will always have time for good deeds, because of their desire and spirit”, – the mayor said. – For those who do good, there are no boundaries".

Today the project “A Good Kazan” has become one of the priorities of urban development of the capital of Tatarstan, I.Metshin reminded and thanked all the participants for their contribution to the development of charity.

Moral upbringing of citizens and their generosity play an important role in the development of the city– it is an important part of the life of the city and a huge driver, I. Metshin added.

The plan of the plenary session included the question NPOs participation in the implementation of the national development goals and national projects launched by Russian President Vladimir Putin.

“Every volunteer can put into practice his ideas and good initiatives”

For the heads of NPOs from other cities of Russia, the forum will become a start of new projects, said in turn the deputy head of the Federal Agency for Youth Affairs Andrei Platonov. The Federal Agency for Youth Affairs conducts the project “Social activity” of the national project “Education” and participates in two more national projects – “Culture” and “Demography”.

“Support for the volunteer movement is provided in many of our projects, each volunteer can put into practice his ideas and good initiatives," A.Platonov said.

The head of the Association service of the mayor's office of Paris, Marie-Laurent Graveaux, also addressed the participants of the forum with a greeting.

“It is a great pleasure for me to be in Kazan and present to you the main aspects of support for NGOs in Paris, as well as to learn about the initiatives that are being implemented here”, - she said.

The forum “A Good Kazan” will be held on December 2 and 3, it will be attended by experts from all over the country, as well as the President of the International charity Fund “Together for life” Clara Arnal (Spain), the General Director of the Russian house Foundation in Barcelona Anna Silunas and others.