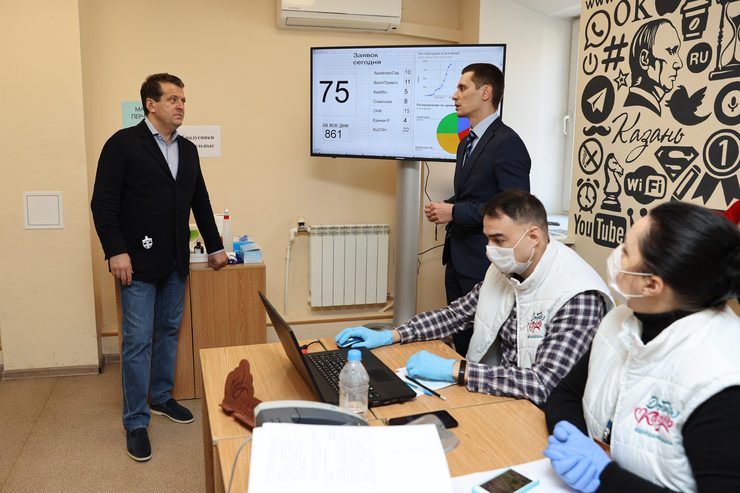 The III all-Russian cultural and charity festival of children creativity “A Good wave” ended with a gala concert at the hall “Academy”. Russian performers Yulia Savicheva, Yulianna Karaulova, Yolka, M-Band and others took the stage together with the winners – talented children with disabilities or disadvantaged children.

All funds raised from the sale of tickets for the gala concert will be used for the treatment of 13-year-old Ayrat Zainetdinov from Tatarstan. An orphan boy needs an up-to-date hearing aid.

The festival “A Good wave” is held by the mayor's Office of Kazan and Igor Krutoy’s Academy of popular music with the support of the Presidential grants Fund and the government of the Republic of Tatarstan.

Ilsur Metshin- mayor of Kazan and general producer of the festival, composer Igor Krutoy greeted the festival participants from the stage. The head of the capital of Tatarstan reminded that this year the qualifying rounds of the festival were held in 11 cities of Russia: Kazan, Yaroslavl, Sevastopol, Rostov-on-Don, Vladivostok, Novosibirsk, Kursk, St. Petersburg, Yekaterinburg, Kaliningrad and Moscow. “A good wave is boundaryless, and today in Kazan we will meet 110 finalists of the festival, I am glad to see such talented children", - I.Metshin addressed the audience.

This year the project brought together more than a thousand talented children. Participants of the festival performed at the qualifying rounds. The best performances were introduced today at the gala concert.

A dream of the finalist, 8-year-old Volodya Solodkov from Kerch came true. Due to weak immunity, a systemic arthritis has been developed. However, this has not stopped him to show a talent, and Volodya Solodkov read a poem by Natalia Shirobokova “A nightmare” at the festival. Artistry and charm of the boy conquered the jury, which awarded him the first place in the category “Performing arts”. Volodya Solodkov dreamed of playing the main role in the children show “Yeralash” - and this dream came true and he received an invitation to participate in the shooting.

This evening fulfilled a dream of 13-year-old Elisey Samofal from Rostov the Great. The boy grew up in a large family. Elisey is a real artist- he has been performing on stage since childhood, participates in many creative competitions. And as a real artist he needed a professional microphone. Yulia Savicheva gave him a gift with the wishes of a success in his artistic journey.

Yulianna Karaulova presented a certificate for costumes to the ensemble “Russian traditions” from Rybinsk. Several brothers, which are rising in a large (25 native and adopted children), but friendly family. They make a design of the costumes all together, but there is a need for tailoring the suits with the assistance of professionals.

Gala concert “A Good wave” ended the first day of the International charity forum “Good Kazan”. Its opening took place today in the Kazan City Hall. Tomorrow the forum will continue its work in the cultural center “Moskovsky”.

Multimedia
Previous news
I.Metshin: “The diversity of the volunteerism indicates the inner strength and open heart of each volunteer”
Next news
Igor Krutoy: “A Good wave - is more than words, but deeds”
Personal
Official site