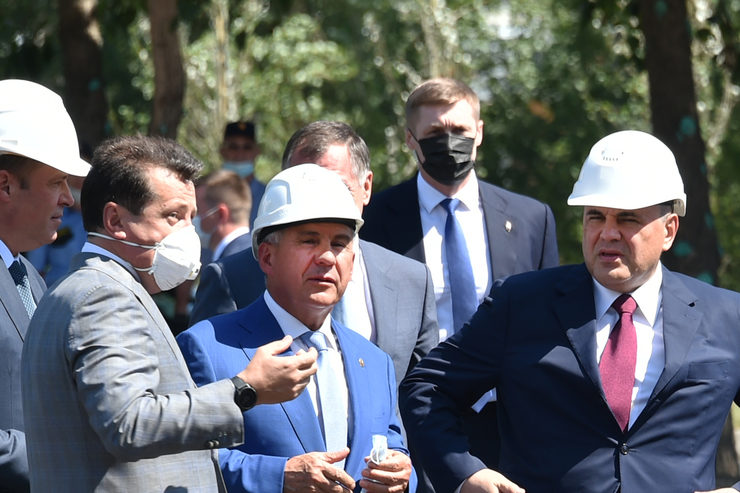 Level of motorization reached 355.5 cars per thousand citizens in Kazan

During 14 years (with the exception of 2015), the level of motorization has been steadily increasing.

According to the analysis of the Scientific and Research Institute of Motor Transport (NIIAT, Moscow), the level of motorization of more than 350 cars per thousand citizens provides 8-and 9-point traffic jams on the roads of metropolises. 400 -car level can lead to 10-point traffic jams, which means that traffic is almost stopped. According to NIIAT forecasts, this rate can be reached in Kazan in 5 years.

Over the past few years, significant measures have been taken in improvement the traffic system in Kazan. New transport junctions were built, an adaptive traffic control system was developed, left crossings were canceled in some areas, freight logistics system reformed in the downtown, as well as in municipal parking spaces were set up at the crowded areas, public transport lanes appeared.

I.Shakirov noted that the most effective way to solve the traffic problem is to prioritize public transport.

A total of 260.7 million passengers were served by municipal transport in 2019.

According to the 2019 ranking of the world's cities with the highest traffic tie-ups, compiled by the Dutch company Tom Tom Traffic Index, published last week, Kazan is the least congested of the Russian cities. In this rating, Tatarstan capital is ranked 143 out of 416 cities in the world.

Previous news
Ilsur Metshin played for Greens at the opening match of the Golden puck city stage
Next news
I.Metshin about the meeting with V.Putin: “We were expecting such a conversation and the results, that will follow it”
Personal
Official site