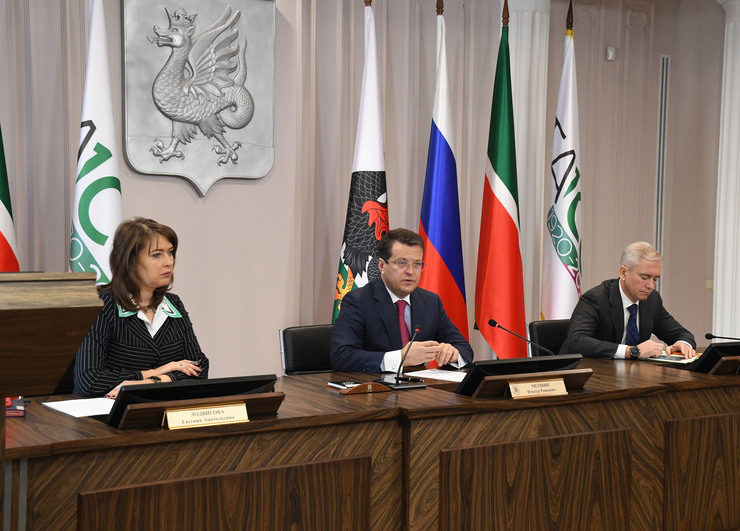 I.Metshin told about the appeals from citizens, non-government organizations, and corporate teams to the Kazan city Duma and Tatarstan President about awarding the title “City of labor valor” to the capital city of Tatarstan. “The younger generation of Kazan is not indifferent either: there are appeals from the Young Guard of United Russia and the public association "Victory Volunteers", students and scientists of the Kazan Federal University, – the Mayor said. – This indicates great patriotism and great love for the city, its history, and speaks of a desire to give deserved honor and glory to the labor feat of Kazan citizens”.

The Mayor recalled that during the Great Patriotic War, Kazan enterprises produced more than 600 types of weapons, ammunition, equipment, and provided non-stop operation on the production and delivery to the front. During this period, 139 enterprises of the city were switched into military production. More than 70 enterprises were evacuated to Kazan from the Central and Western regions of the country. During the Great Patriotic War, employees of military, as will as civil industries have worked nobly. Thus, throughout the war, consumers goods manufacturing produced about 200 items of clothing and equipment for the Red Army soldiers.

State Council deputies supported the proposal of Kazan Mayor. In the near future, an appropriate petition will be submitted to Russian President Vladimir Putin.

“We hope that the initiative of indifferent citizens will be reviewed, and Kazan will receive this well-deserved title”, - summed up the Deputy Chairman of Tatarstan State Council Yuri Kamaltynov.

For information, the draft law on the honorary title “City of labor valor” was introduced by Russian President Vladimir Putin in the State Duma of the Russian Federation in December 2019. Today, the document will be reviewed in the third reading.

Multimedia
Previous news
Ilsur Metshin visited the express office for providing state services in the administration of the Kirovsky and Moskovsky districts
Next news
Ilsur Metshin about KNITU-KAI engineering lyceum: “Children, studying here, are the talent pool of our country”
Personal
Official site