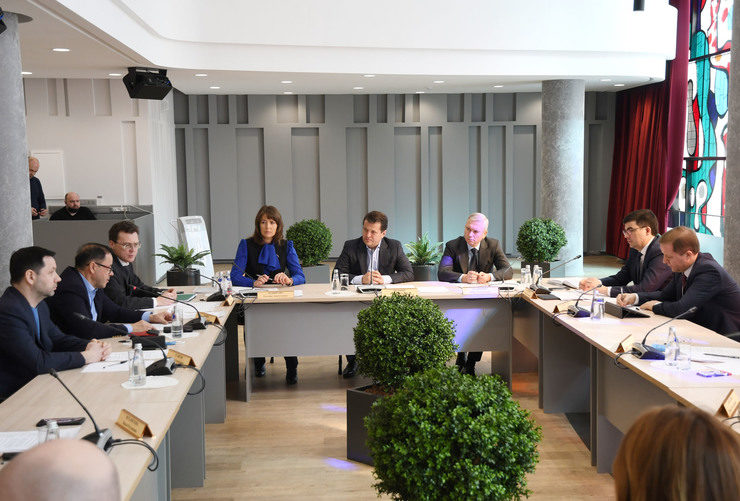 Ilsur Metshin: “The teachers are the foundation of transformations”

Today, the city contest “Teacher of the year – 2020” has been summed up in a solemn atmosphere at the Kazan city Hall. According to the results of the competition, the teacher of the Russian language and literature of the boarding school №4 of the Kirovsky district, Anna Ikhsanova, became a winner. She will represent the capital of Tatarstan at the Republican stage. In total, the contest was held in nine categories. Kazan Mayor Ilsur Metshin presented awards to the best teachers of the city.

“Today, the Kazan city Hall is filled with a special aura, and I am glad that these vibes also fill the educational institutions of the city”, - the Mayor addressed the teachers. The head of Tatarstan capital thanked the teachers for their work, professional dedication and invaluable contribution to the education of the younger generation. “Thanks to the teachers, thousands of children succeeded, they were not only educated, but also got confidence in the future. You are the foundation of transformations, we entrust you the most precious we have – our children”, - I.Metshin said.

The Mayor noted that Kazan teachers are highly appreciated for their professionalism at the local and federal levels. Ilsur Metshin recalled that last year, Nail Mirsaitov, a biology teacher of the Kazan boarding school № 2, was among the winners of the All-Russian competition “Teacher of the year of Russia”. “We believe that this year our teachers will also take their rightful place”, - I.Metshin noted.

The number of participants in the competition grows each year – this time, about 500 teachers submitted applications, and 78 teachers from 72 schools of the city passed the city stage based on the results of district tests. The average age of the contestants is 42 years, the oldest participant – 73 years, the youngest-21 years. “This is a mix of youth and professionalism. There are no losers in the competition, we respect and appreciate participation of each teacher”, - said I.Metshin.

The main intrigue was the name of the winner in the Subject teacher category, because this teacher will defend the honor of the city in the Republican stage of the competition.  The winner was Anna Ikhsanova, a teacher of the aRussian language and literature of the boarding school № 4 in Kirovsky district, one of the youngest participants – her teaching experience is only 5 years.

The winners in the categories Veteran teacher, Pedagogical debut, Teacher of the Tatar language and literature and others were also announced at the ceremony.

One of the memorable moments of the ceremony was the awarding Khanif Nizamov, retired colonel, with the jubilee medal 75 years of Victory in the Great Patriotic war 1941-1945. He has got a dozen orders and medals on his uniform coat. The 92-year-old veteran proudly marched for his next award. Despite his age, he is still in the ranks. Since 1989, Khanif Nizamov has been teaching military training at school №114. Many generations of school students grew up on his stories about the noble deeds of the Red Army, bloody battles and fights.

The winners of the competition were congratulated by the creative teams of the city with a festive performance.