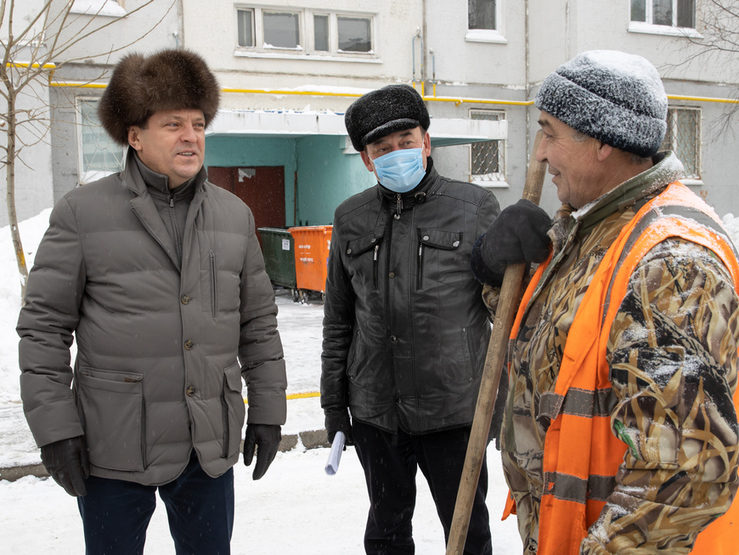 I.Metshin on the renovation of the sports school for cross-country skiing and orienteering: “This is a level of the Olympic team”

photo of the administration of the Kirovsky and Moskovsky districts

A sports school for cross-country skiing and orienteering was renovated in Kazan. The school building has not been renovated since it was established in 1956. Ilsur Metshin, Mayor of Kazan, and Ilshat Fardiev, Director General of JSC Setevaya Company, Vice-President of the Russian Ski Racing Federation, inspected the renovation.

The two-storey office building of the sports school is located in the Kirovsky district on Marshrutnaya street, 4.

The roof was renovated, floors were restored, as well as engineering systems, and finishing works were carried out in the facility. The front of the building was restored to its original appearance: bas-reliefs were installed, symbolizing the profile sports of the school. In addition, during the reconstruction, the territory was improved, running tracks were restored, and the foundation for a basketball court was prepared. Sport equipment was also purchased.

The Mayor of Kazan visited the sports grounds where young athletes train, the renovated training hall, locker rooms, medical room, ski treatment room and a hall. He also talked with coaches and trainees.

“In my understanding, only a marathon can compare with a cross-country skiing in terms of physical training. Here, there are perfect conditions for school, the level of the Olympic team. Previously, we saw that without snow, children ride on roller skates on not very smooth asphalt, and now there are -both equipment and professional ski handling. The main thing is to get a result”, -  Ilsur Metshin said.