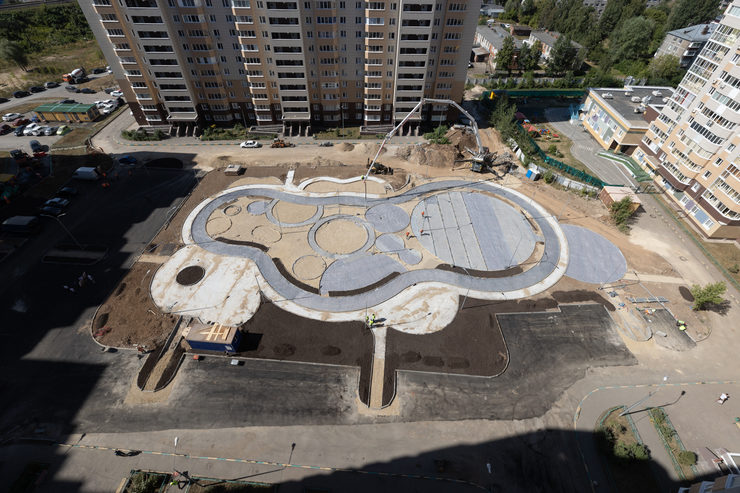 The fleet of specialized vehicles in Kazan has been replenished with 53 new cars. Four utility vehicles with a rotary snowplow and 49 multipurpose road maintenance vehicles on a KAMAZ chassis with winter and summer equipment for year-round operation arrived in the capital of Tatarstan. Today, the Mayor of the capital of Tatarstan Ilsur Metshin inspected the new vehicles.

“We continue to update the equipment with the support of Tatarstan President Rustam Minnikhanov. Now, taking into account the new vehicles, the fleet of cleaning vehicles has been increased to 570 machines”, - the head of the city noted.

The area of the cleaned territories in Kazan is increasing annually due to the construction of new roads, the Mayor noted. “New specialized vehicles will be a good help for cleaning the streets of the city. In 2005, the area of the roads being cleaned was 10 million square meters, while last year they increased to 22 million square meters”, - Ilsur Metshin stressed. Besides, the length of roads increased from 1,950 km last year to 1,974 km this year.

The specialized vehicles are equipped with software, siren lights, new blade dozers and a washing system with a capacity of 50 bar instead of regular 20 bar, Igor Kulyazhev, Deputy head of the Executive Committee of Kazan, told the Mayor. “This capacity allows to better wash out sand and dirt from the most difficult sections of the road and to clean the asphalt pavement more efficiently”, - said I.Kulyazhev.

Ilsur Metshin talked to the drivers of the multipurpose road maintenance vehicles to find out their opinion about the new technology. “The machine meets all the requirements, and new technologies greatly facilitate our work. Thanks to the attached implements control system, all devices can be controlled using a joystick. Now there is no need to watch the brush control panel and the blade, which was previously placed on the dashboard”, - one of the drivers noted.

“Previously, we upgraded everything ourselves. While now the vehicles are equipped with reinforced lights, chassis, siren lights and much more. All this significantly extends the machine’s lifetime,” his colleague added.

A navigation system will be installed in all cars, allowing monitoring of road cleaning. “Last winter, the system was run–in and worked in test mode, but by the next winter season we plan to launch it in full mode”, - I.Kulyazhev said.

The new vehicles will be transferred to four enterprises and will be used on all streets of the city.

In summer, multipurpose road maintenance vehicles will be used for watering flowers, trees and washing the roads from dirt. In winter, specialized vehicles will be used to clean roads from snow and spreading reagents. Preparations for the winter season have already begun. “Municipal services have already purchased the necessary amount of reagent”, - I.Kulyazhev emphasized.

Multimedia
Previous news
Inclusion in Kazan: what has been done in a year?
Next news
Kazan “Stars of Hospitality” competition granted the status of a regional event
Personal
Official site