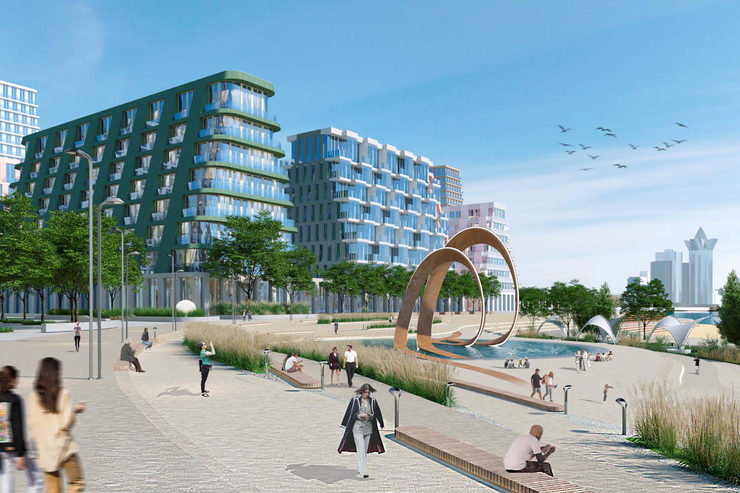 I.Metshin on the renovation of the industrial zone at River Port area

I.Metshin on awarding the honorary title City of Labor Valor to Kazan

Today in Moscow, a bill has passed through third reading on the honorary title City of Labor Valor to be awarded to cities whose residents made a significant contribution to the victory in the Great Patriotic war, ensuring uninterrupted production and revealing mass labor heroism.

Undoubtedly, Kazan can justly claim to that title. On this occasion, I received numerous appeals from citizens, public organizations, and enterprise groups, as well as from the Kazan city Duma and Tatarstan President. All appeals testify to great patriotism and great love for the city, its history, and speak of a desire to pay deserved honor and glory to the labor feat of Kazan citizens.

During the war, Kazan has become one of the most important home fronts of the country. The city provided uninterrupted production and supply of military and civilian goods. In Kazan, 139 industrial enterprises were rebuilt for a military purpose, and another 70 enterprises were evacuated from the Central and Western regions of the country. The enterprises produced more than 600 items of weapons, ammunition and equipment for the needs of the Red Army. By the way, every sixth combat aircraft produced during the war years received a “sky pass” in Kazan. The city supplied the front with gunpowder for Katyushas, sniper sights, air film and catgut (surgical gut) ... Consumer goods manufactory employees worked hard as well. The enterprises of the city provided with shoes divisions and dressed up regiments.

Many more documented facts of labor heroism of our citizens can be provided.

Also, citizens actively participated in all forms of front assistance movement: they contributed to the defense fund, to the Red Army's armament.

For self-sacrifice work in the rear during the Great Patriotic war, many employees of enterprises and organizations of Kazan were awarded government medals. More than 43 thousand Kazan citizens were awarded the honorary title of Home Front Worker.

Today, I addressed to Tatarstan State Council deputies with a proposal to prepare a petition to Russian President on assignment Kazan the title of City of Labor Valor. No doubt, the honorary title would pay the tribute to the memory and decent respect to the dedication of citizens of our city.

Previous interview
I. Metshin about the UEFA Super Cup 2023 in Kazan
Next interview
I.Metshin on the recognition of Kazan as the best city in Russia in terms of living standards
Personal
Official site