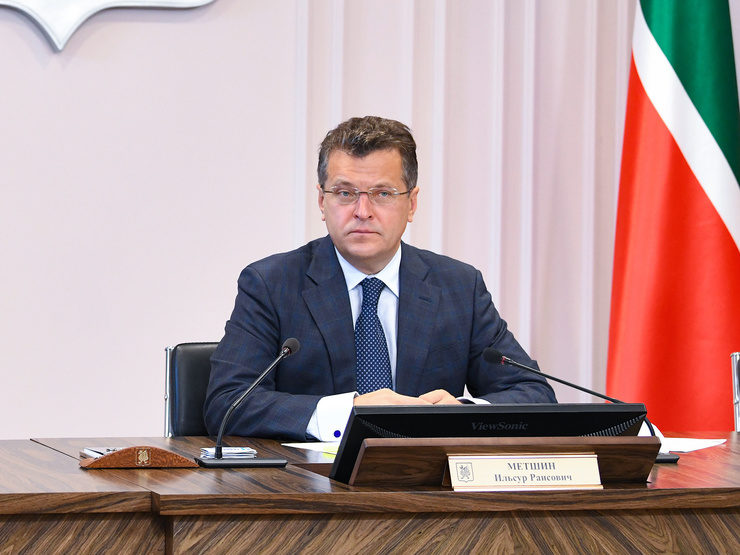 We have once again confirmed the status of one of the world’s sport capitals. For the first time, the UEFA Super Cup will be staged in Russia, in Kazan. We are proud of this, genuinely joyed and committed to hold an unforgettable UEFA Super Cup– the UEFA Executive Committee, the Russian Government, and the Russian Football Union. The victory of Kazan for the right to stage the tournament was not easy – the Tatarstan capital had very strong competitors: Helsinki, Minsk, Belfast and Tirana.

Kazan has got everything for holding world-class competitions: a modern stadium for 45 000 spectators, a developed hospitality industry, volunteers and fans, and a great love for football and sports in general.

We have worked as a system, it is the result of painstaking work led by our President Rustam Minnikhanov and first President Mintimer Shaimiev. All this was taken into consideration and led to our victory in Amsterdam. This is a demanding event, Russia has never held such competitions, we have three years to prepare to this major event.

The Tatarstan capital has already hosted international events – the 2013 Universiade, the 2015 World FINA Championships, and the 2018 FIFA World Cup. We are proud that participants, officials, experts and fans appraised highly the organization of these super events. Apparently, all this formed the basis for the decision. Kazan is a football city, and Russia is a football country. After the World Cup, we proved it.

The UEFA Super Cup is a legendary event where the best European football teams contest. It is honorable, exciting, and very responsible to become a part of this history! I am sure that many Russian fans share these emotions with us. There is no doubt that the UEFA Super Cup will give a new impetus to the city's development.

Kazan has moved a step closer to the Olympics. Every road has a first and final step when you reach the goal. We have definitely reached the midway to the Olympics. Staging the Super Cup is another step on the way to the Winter or Summer Olympics in Kazan.