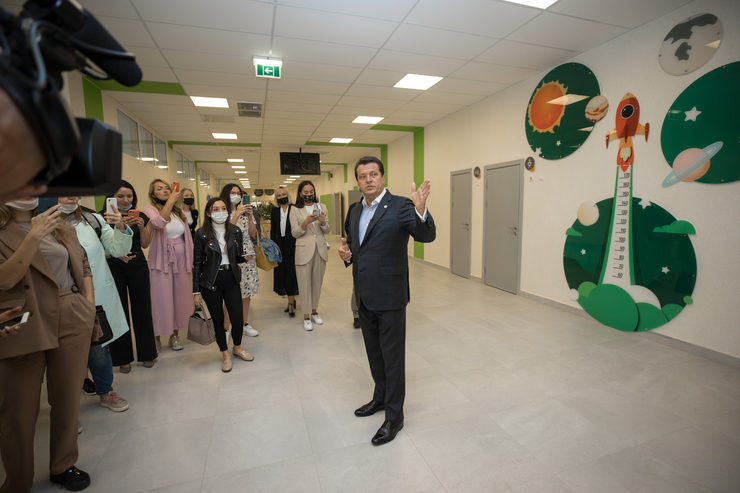 Photo by the press service of the President of the RT

(KZN.RU, August 23, Alina Berezhnaya). Rustam Minnikhanov, the President of the RT, and Alexander Ruzhevich, the CEO of the Coca-Cola HBC Russia, signed an agreement of intent in the field of developing a culture of separate storage and collection of municipal solid waste. The signing ceremony took place at the exhibition center “Kazan Expo”, the main competition site of WorldSkills Kazan 2019.

According to the document, the Zero Waste City concept will be applied in Kazan as part of the Coca-Cola global strategy “World Without Waste.” The capital of the RT will be the first city in the country to implement this concept.

The project will consist of a series of educational and infrastructural urban solutions that ensure the collection and recycling of 100% of the equivalent of consumer polymer packaging waste from Coca-Cola products. It is planned to conduct master classes, lectures and other educational informational events within the framework of the concept.

The first steps in the implementation of the project will be the installation of new containers for separate waste collection in the most visited public places of Kazan. They are planned to be installed in city parks and squares.

A year ago, a pilot project was launched in Kazan on the implementation of separate collection of municipal waste. At the initial stage, 109 container sites of the Aviastroitelny district were equipped with 428 containers for recyclable and non-recyclable waste. As a result, the volume of solid municipal waste transported to the landfill was reduced by 30-35%. Today 64% of the housing stock is equipped with containers for dual waste collection. Separate collection of municipal solid waste is organized in all areas of Kazan.