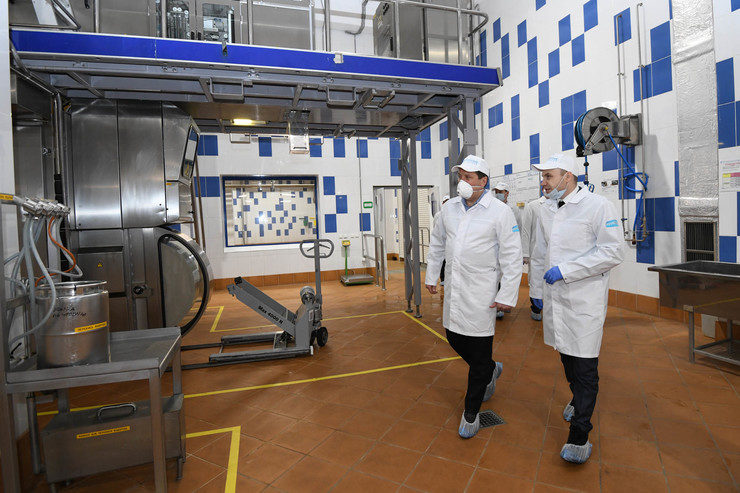 I.Metshin got acquainted with the modernization of the Kazan Dairy Plant

It is planned to complete the second stage, which will allow processing up to 700 tons of milk per day in 2021.
read more
News

I.Metshin on criticism by journalists: “For us, this is a cause to improve our work”

The results of the passing year for Kazan and plans for 2021, international activities, holding major events, as well as issues of transport development of the city were discussed today at the traditional meeting of the Mayor of Kazan Ilsur Metshin with journalists on the New Year’s Eve.

At the beginning of the meeting, Ilsur Metshin spoke about the results of the year. He noted that 2020 was completely different from all previous years, it brought new challenges for the whole world.

“I would like to thank the federal and republican governments for their timely support. Not a single program was waived, although during the lockdown in the spring, there were thoughts to postpone the renovation of the housing stock for the next year”, - the Mayor of Kazan said.

As a result, the territory of 460 houses was improved in the Tatarstan capital during the year. Among the major projects of 2020, which the head of the city noted, are the capital construction and repair of roads, completion of the Great Kazan Ring road, the construction of the Zarechnaya sewage station. In addition, the commissioning of the sludge dehumidification plant is being completed. This year, the improvement of public spaces also continued. The renovation of youth clubs, summer camps, and cultural centers continued, three large schools and nine kindergartens were built. “All these programs, like an anti - crisis pill, allowed us to develop antibodies in the economy”, - I.Metshin emphasized.

The Mayor assured that work would continue on all designated programs. Among the new tasks, the Mayor highlighted a one-hundred-percent digitalization of all municipal services. To date, half of municipal services have been transferred to electronic form. “But when we fully digitize everything, people will no longer need to stand in queues. This includes the speed and quality of decisions, and the fight against corruption. We hope that next year will be the year of digital breakthrough in Kazan”, - the Kazan Mayor said.

The Mayor also answered questions about the complex development of territories, the development of public transport, international activities, school meals, optimization of budget expenditures, his readiness to participate in direct elections of the Mayor in Kazan, the construction of a plant for thermal waste utilization and self-taxation. The issues of organizing events on the occasion of the Year of Native Languages and National Unity, the construction of the Great Kazan Ring road and others were also discussed on the meeting.

“I want to thank colleagues for the past year, for our creative and well-coordinated work, for your love for Kazan, for professional coverage of events, for your timely and fair criticism. It is not always pleasant, but it is always fair. For us, this is an occasion to improve our work”, - the Mayor summed up the meeting.

Multimedia
Previous news
I.Metshin: “We continued to develop and close the year with good results”
Next news
In Kazan, there’s a snowmelt station, which is able to dispose up to 300 KAMAZ trucks of snow per day
Personal
Official site