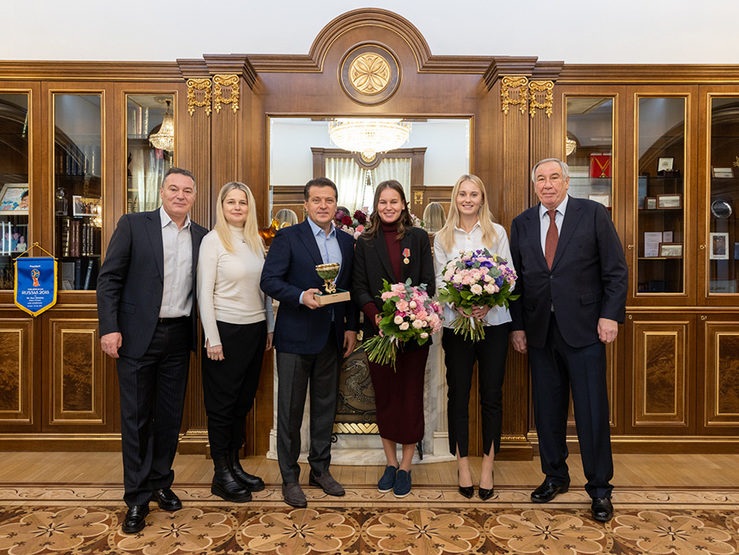 Today, Ilsur Metshin, Mayor of Kazan, President of the UN Advisory Committee on Local Authorities (UNACLA), has taken part in the 27th Conference of the Parties to the UN Framework Convention on Climate Change via videoconference. During his report, he noted that new standards of responsible attitude to climate change issues should become a guideline for the decisions of the city authorities.

“Our common goal is to stop the growth of climate change, which adversely affects the living standards, - Ilsur Metshin said. - As mayors, we are aware of a special responsibility for what is happening, since today over 56% of the population lives in cities. It is cities that play an important role in climate impact.”

The Mayor of Kazan reminded that the Paris Climate Agreement was signed in 2015. “I remember this day well, the Mayor of Paris, Anne Hidalgo, and the Mayor of Istanbul, Kadir Topbas, were standing next to me. I was proud and happy that we are united in striving to keep the planet beautiful and safe for future generations,”- Ilsur Metshin said. Over the 7 years of the Paris Climate Agreement, many cities around the world have launched projects aimed at preserving and restoring natural resources, environmental education of people, which is especially necessary for complete environmental transformation, the implementation of measures that will protect the biodiversity, atmosphere, subsoil, rivers and oceans.

Each mayor, in dialogue with residents, determines priority areas for the preservation and restoration of natural resources, I. Metshin noted. At the same time, the range of these areas is very wide – from sorting waste to creating green city canvas.

Many cities have already successfully implemented energy saving projects, as well as construction, transport and landscaping projects. The London fashion house became the winner of the UN prize for global measures to combat climate change, the Western railway station opened in Hangzhou, built in accordance with the philosophy of low carbon emissions, the Mayor of Kazan cited as examples. He also reminded that revolutionary projects are being implemented in the capital of the republic of Tatarstan: “We have launched the first line of thermomechanical sludge treatment in Russia. Sewage sludge is no longer stored in sludge pits, 70 tons of biofuels are obtained from them daily, which has a wide range of uses.”

By 2050, two-thirds of the world population will live in cities. The influx of migrants will create an additional burden on residential areas – problems may arise to meet the needs of the population for housing, food, water, transport, power and medicine, Ilsur Metshin noted. “Even today we need to adapt to the increased workload, take into account the increasing environmental risks, the growth of the urban population and migration. We are guided by the 11th United Nations Sustainable Development Goal, which is aimed at ensuring openness, security and environmental sustainability of cities,”- the Mayor of Kazan said.

The 27th Conference of the Parties to the UN Framework Convention on Climate Change is being held from 6 to 18 November in Sharm el-Sheikh, Egypt. About 35 thousand people and 2 thousand speakers participate in the event. The Russian delegation is headed by the Special Representative of Russian President on Climate Issues Ruslan Edelgeriyev.

Multimedia
Previous news
I.Metshin: “Mobilized, volunteers and servicemen of other departments will be provided with a single support measures program”
Next news
Ilsur Metshin has visited the production site of the Tatchempharmpreparaty Company
Personal
Official site