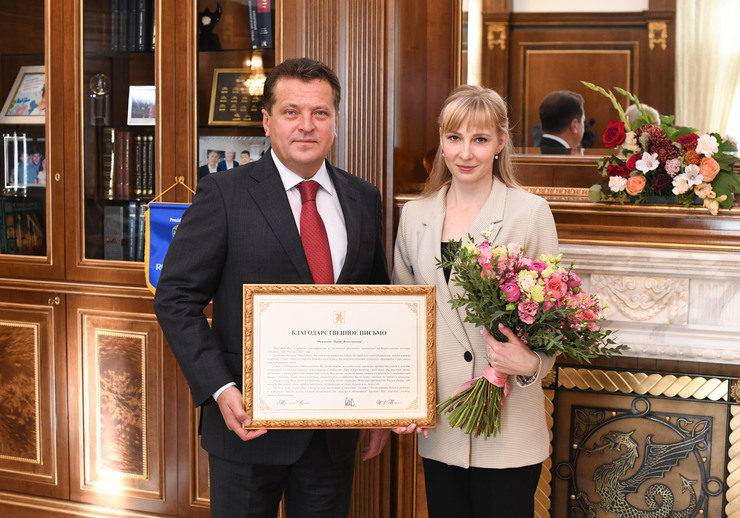 (KZN.RU, September 14). The delegation of investment holding company Daric Investment Group arrived in Kazan. Opportunities for cooperation between the two republics were discussed today at a meeting in the Government House of the RT with the participation of Rustam Minnikhanov, the President of the RT, and Ilsur Metshin, the Mayor of Kazan.

“Our Republic has accumulated extensive experience of cooperation with Iran. There are mutual visits of official and business delegations. More than 10 years, the General Consulate of your country operates in Kazan”, said the head of Tatarstan, welcoming the guests. He added that Tatarstan and Daric Investment Group have constructive bonds. In September, the Iranian airline ATA Airlines, part of the Daric group, started passenger transportation on the route Tehran-Kazan-Teheran. The President of the RT expressed confidence that these flights will promote the expansion of tourist and business contacts.

Mokhammad Reza Zonuzi Motlaga, the owner and the chairman of the board of the Daric Investment Group, noted that Tatarstan has a rich industrial, economic, and investment potential. “We are honored to present to you the largest community of industrialists and businessmen in the northwest of Iran. They are ready to organize cooperation with colleagues from Tatarstan in a number of directions”, he said. He added that the organization of direct flights will be the beginning of other important joint projects, reports the press service of the President of the RT.

Sergey Ivanov, the Chairman of the State Committee for Tourism of the RT, Lenar Safin, the minister of Transport and Road Facilities of the RT, representatives of other ministries and departments also attended the event.

Daric Investment Group is an investment development company, one of the largest investment companies in the northwest of Iran. The group is involved in such industries as aviation, metallurgy, mining, construction, engineering, sports, education, and others.

Previous news
R. Minnikhanov and I. Metshin visited the agricultural exhibition and the Day of the Gardener-2018 in the Agropark
Next news
The building of police department №6 “Savinovo” was opened in Kazan after major repairs
Personal
Official site